There's a Wealth of Sponsorship Opportunity at Sport Swansea

For more information about our sponsorship opportunities, please email our commercial team.

Whether it’s increasing brand awareness, engaging with the local community or driving revenue, you can enhance your business objectives through Sports facility sponsorship at Swansea University.

We have a range of options available which include:

Support your favourite team and ensure your brand is at the heart of the action with advertising board available across all of our external facilities, including the Athletics Track, Rugby Pitches and Hockey Pitches. This package includes:

Ensure your brand stands out and reaches our diverse and passionate supporter base as well as the local community with a brand takeover at one of our key sporting facilities. This package includes:

Support Sport at Swansea University and become the Headline Sponsor of the Sport Swansea brand with exposure across Sport Swansea assets. This package includes:

Our scholarship scheme aims to cover the enormous spectrum of talent which young people reveal in individual and team sports.

We look for students who, not only satisfy the normal academic requirements for admission, but who have also demonstrated outstanding ability in sport.

Our sporting scholarship programme allows us to support talented athletes to fulfil their potential and reach their sporting goals, while studying at Swansea University.

However, there are different levels of scholarships available, depending on the level of sporting achievement. In some circumstances our student athletes require additional funding to help ease the financial pressures placed on them while continuing their sporting careers.

Alternatively, you can create your own sports scholarship to help support the next generation of student athletes at Swansea University.

Your scholarship could provide the necessary support to allow our student athletes to continue to be great.

You will have full naming rights over the scholarship and various other additional benefits associated with your generous support. To find out more, please get in touch for more information.

Please have a look at some of our scholars below and see how your additional funding could allow them to continue to achieve their goals. 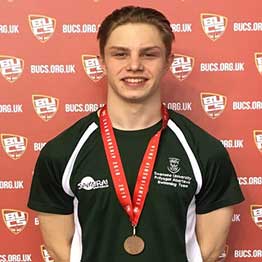 'I am a 2x European junior finalist and hold 2x Welsh senior records. My scholarship money would go towards training camps in Turkey and Miami this year, which would aid my training towards Olympic trials in London, April 2020'. 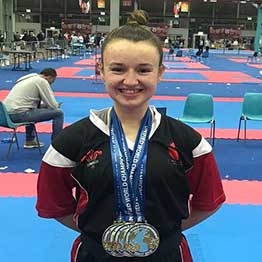 'I would use the funding I receive, to be able to go to more international competitions across 2019, as it is very expensive trying to get to the locations after paying for flights, hotel and competition fees'. 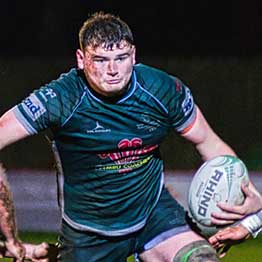 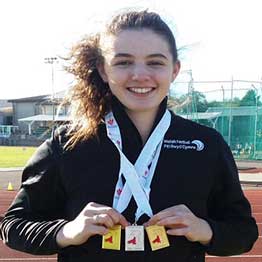 Represented Wales in 'Netball Europe' for 3 consecutive years earning 7 caps and competing in Gibraltar, Ireland and Northern Ireland. I also had the honour of captaining Wales U17's in a match against Northern Ireland. Represented Wales U21's in 'Netball Europe' and am a current squad member - gaining 3 caps so far. Currently in the U19 Celtic Dragons squad and I’ve been selected to train with the Celtic Dragons senior squad during their preseason. Represented Wales at all age groups including seniors in cricket and gained caps in the various age groups. Represented Wales in Athletics in the U17 SIAB championships and Celtic Games and gained 2 welsh vests in shot put and 3 welsh vests in discus. I have also been shortlisted for Swansea’s Junior Female athlete of the year for 3 consecutive years.

'The majority of my scholarship money goes on travel expenses. I currently travel to Cardiff twice a week for training with netball. In addition, many of the matches we play are in venues all over the UK e.g., I played at Loughborough University 2 weeks ago and was required to make my own travel arrangements. I also use funding for kit - In order to prevent injuries, it is essential that the kit (trainers) that I buy be at a high quality. As I do different types of training and train 7 times a week, I require a range of training clothing'. 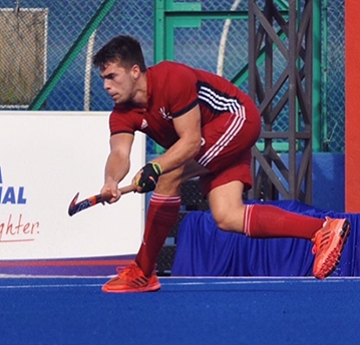 'With the scholarship money that I would receive, I would put it towards travel expenses traveling to Reading, with the Great Britain Elite Development squad. In addition, I would put the money towards fuel for travelling to Cardiff 3 times a week for training and games. The money would also help me pay for trips with the Welsh Squad and help lower the cost and make it more affordable than it currently is, as the Welsh program is self-funded'.

Find out more about our current high performance sports.

Sport Swansea has a huge range of competitive and non-competitive sports clubs. Students are the heart of everything we do at Sport Swansea. Through our huge choice of clubs and other opportunities, we aim to create an atmosphere that makes it easy for students to participate in sport.

Head over to the students' union webpages to find out about our extensive range of sports clubs.

One of the largest student, multi-sport events in the UK, the Welsh Varsity offers your business exciting sponsorship opportunities guaranteed to get your brand noticed.