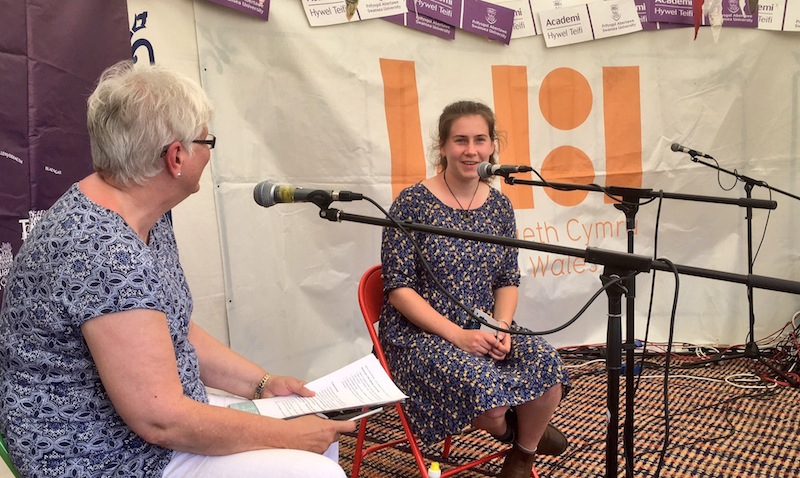 Once again this year, Academi Hywel Teifi sponsored the Tafwyl Festival's Lolfa Lên and presented a series of literary sessions for people of all ages within the literature tent.

In partnership with Literature Wales, Academi Hywel Teifi sponsored and organised a full program of sessions at the Lolfa Lên including workshops and lectures from some of Wales' leading writers.

Among the events presented by Academi Hywel Teifi this year was Awen Abertawe. Staff and students of Swansea University's Department of Welsh, including Professor Tudur Hallam, Chief Bard Aneirin Karadog, Grug Muse and Matthew Tucker, read and discussed their poems. During our Tu ôl i’r Gôl  session, Dr Simon Brooks of Academi Morgan spoke to Dr Osian Elias of the Geography Department about his book Adra ( Y Lolfa). Also taking part in our Lolfa Lên sessions was Dr Gethin Matthews of the History Department at Swansea University, who discessed his new book about the First World War with Professor Martin Johnes. Having a Go to the Kaiser (University of Wales Press) gathers together the letters of three brothers from the War who have been Warriors and discusses what the letters reveal about the attitudes of society to national identity from the period in relation to war, folly and family love.

Director of Academi Hywel Teifi, Dr Gwenno Ffrancon, said: "Academi Hywel Teifi is delighted to have sponsored Tafwyl's Lolfa Lên again this year, and to be part of this special festival that highlights the wealth and vitality of Welsh culture. Many thanks to Literature Wales for pleasurable collaboration again this year and congratulations to the organisers on another wonderful Festival. It's a pleasure to be part of celebrating the language in our capital city and creating a platform for Swansea University's writers, poets and scholars.”